In cooperation with Leica

The spectacle of nature in the Engadine
by Nicolas Draenert & Dr. Marcelin Draenert

The brothers Marcelin and Nicolas Draenert, historian and photographer; scientist and georapher, capture mountain landscapes which appear as expanses, the light and the wind. It listens to the harmonies of icebergs; smells and tastes the essence of mountain meadows ... and the photograph have a therapeutic effect on the viewer. 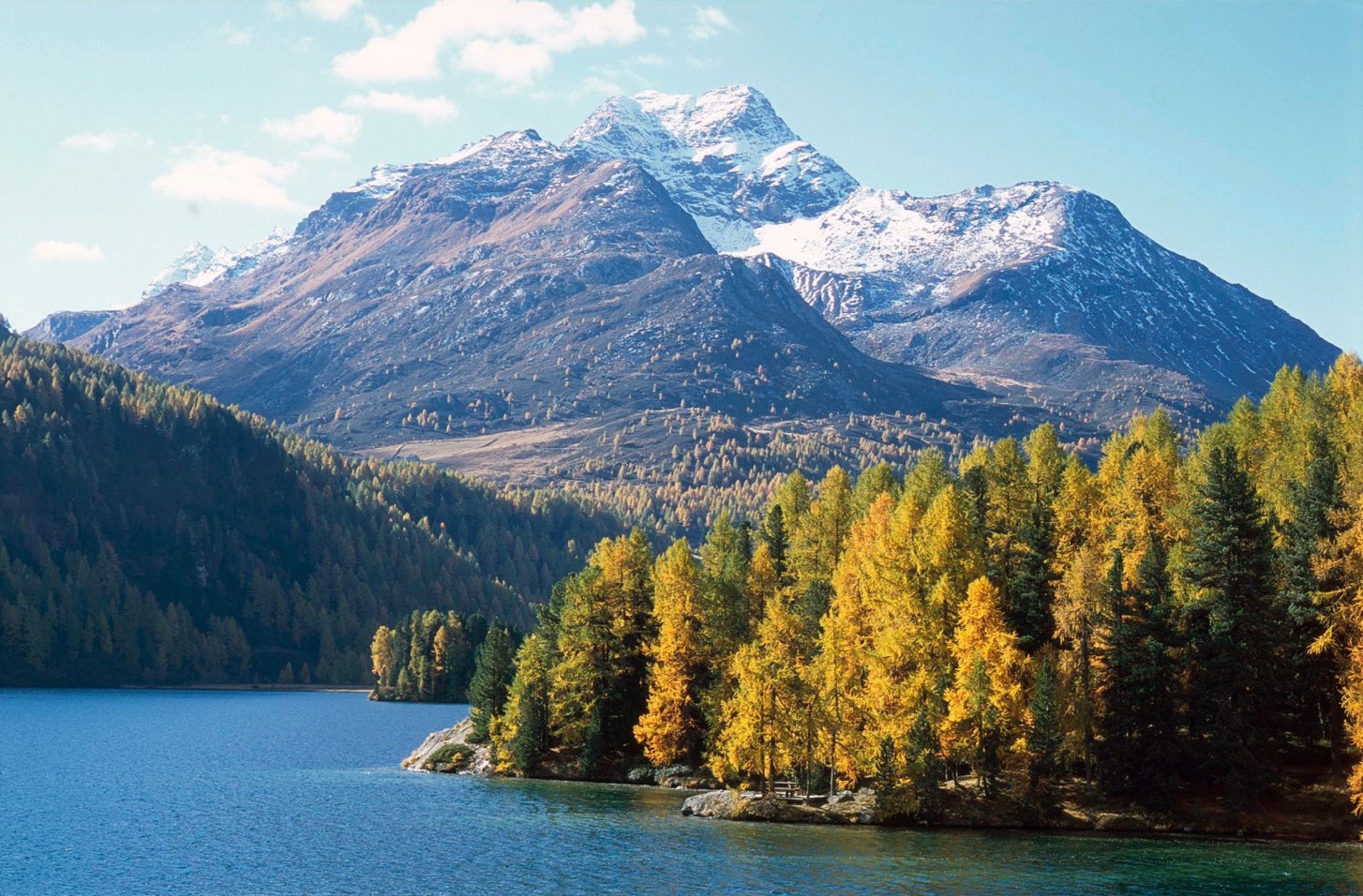 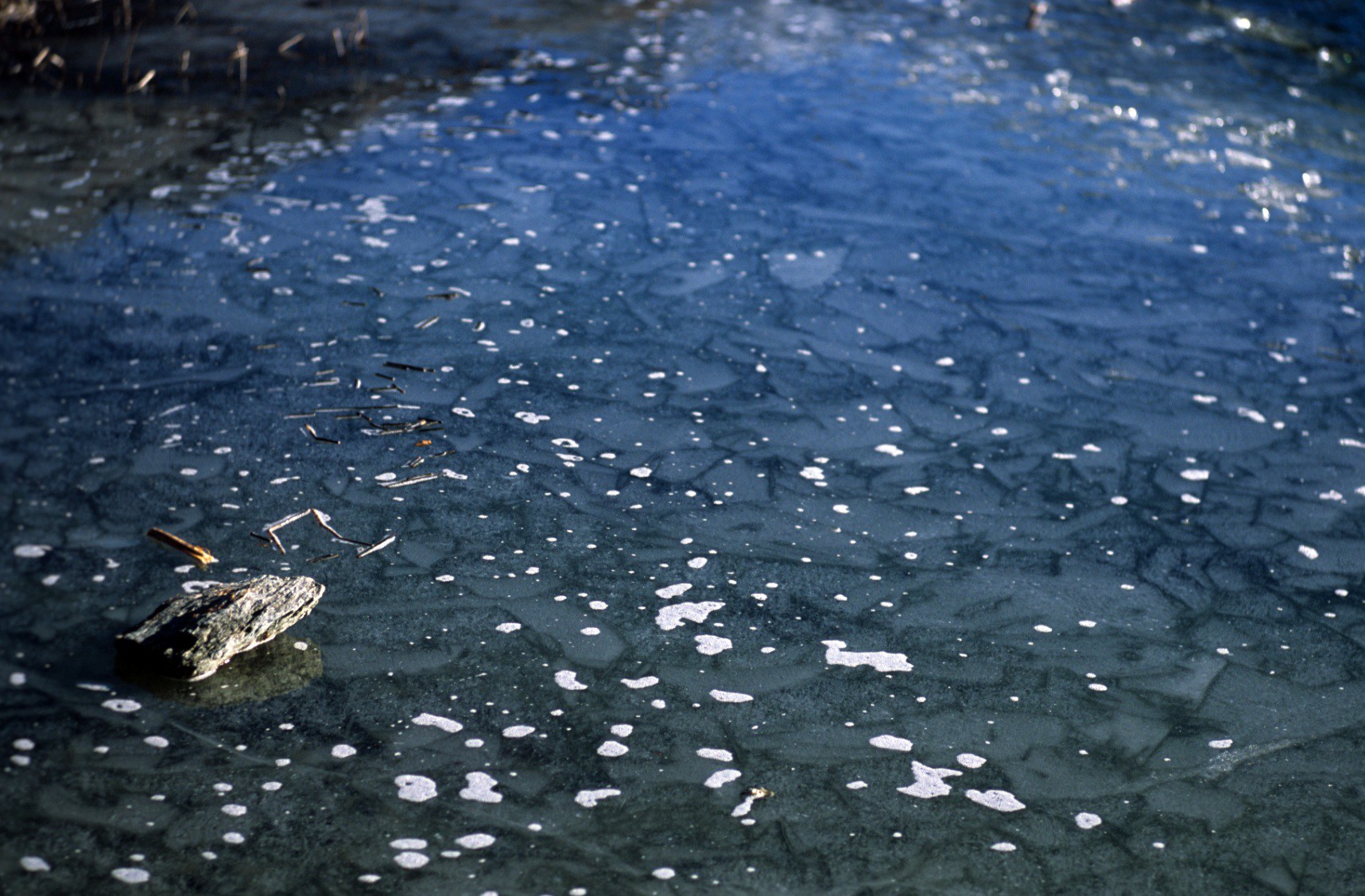 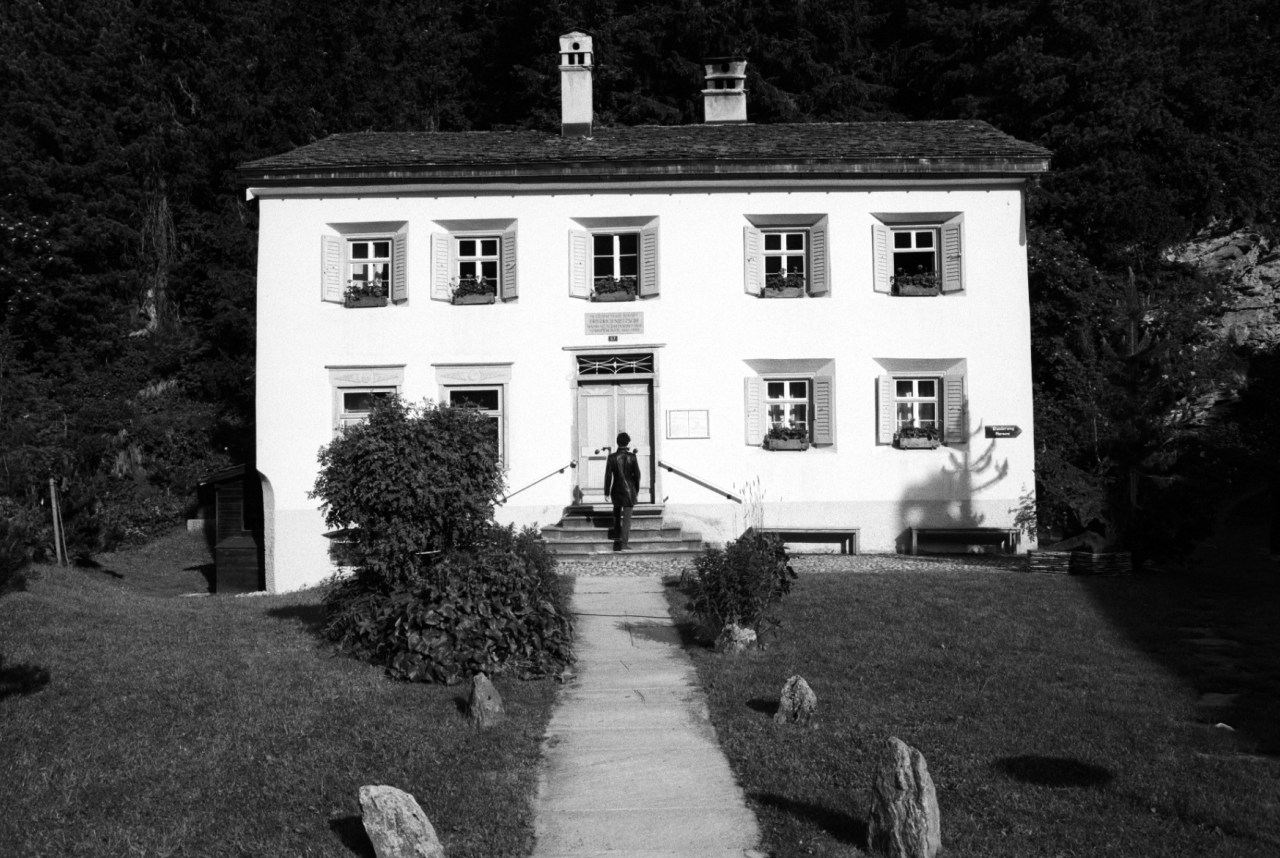 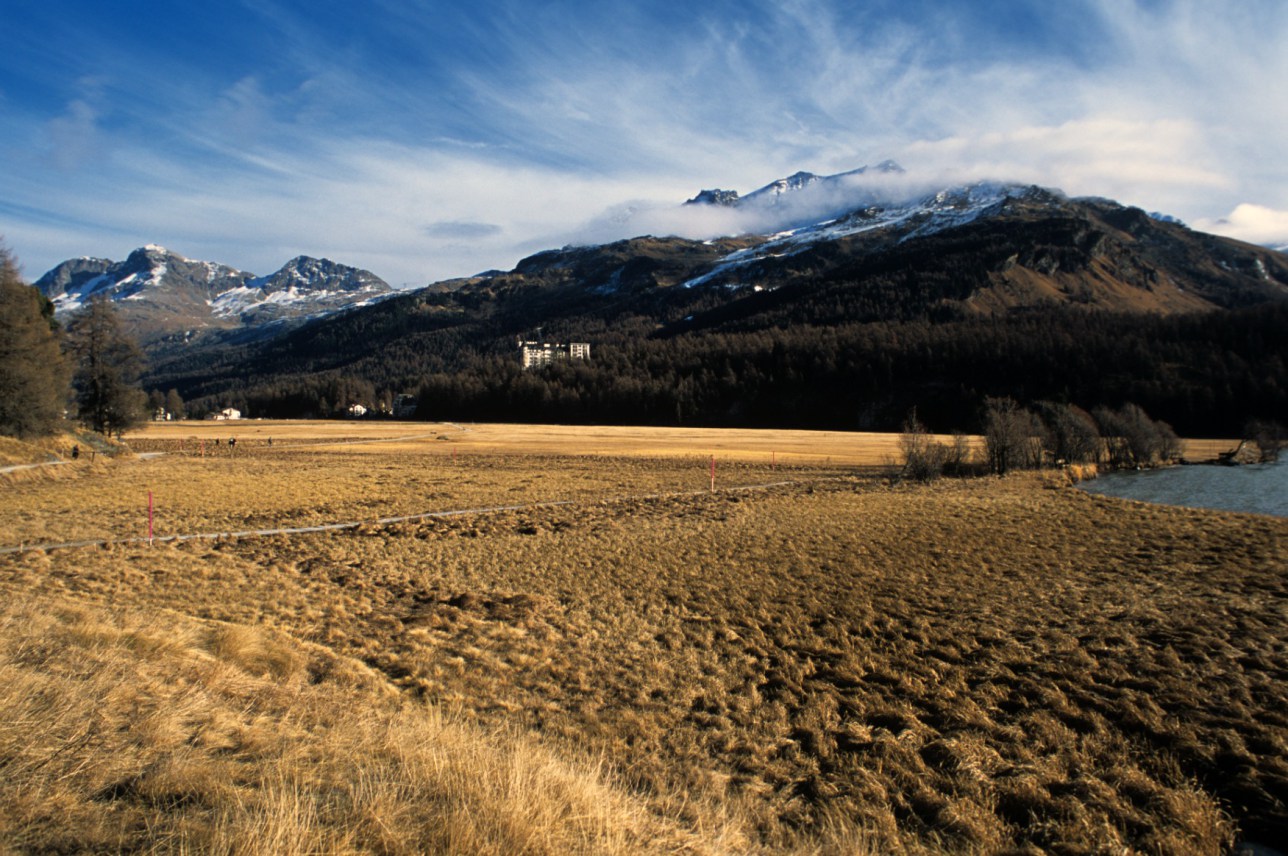 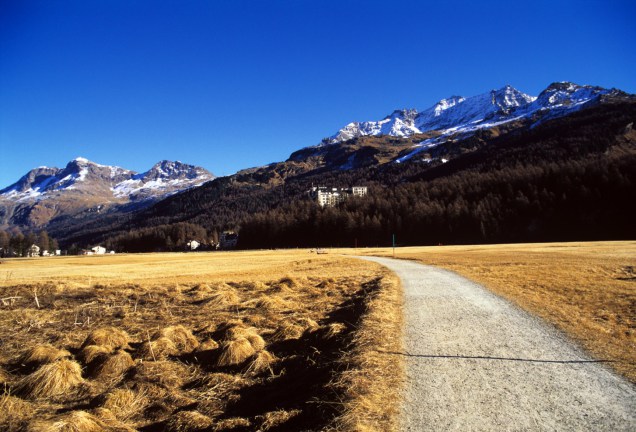 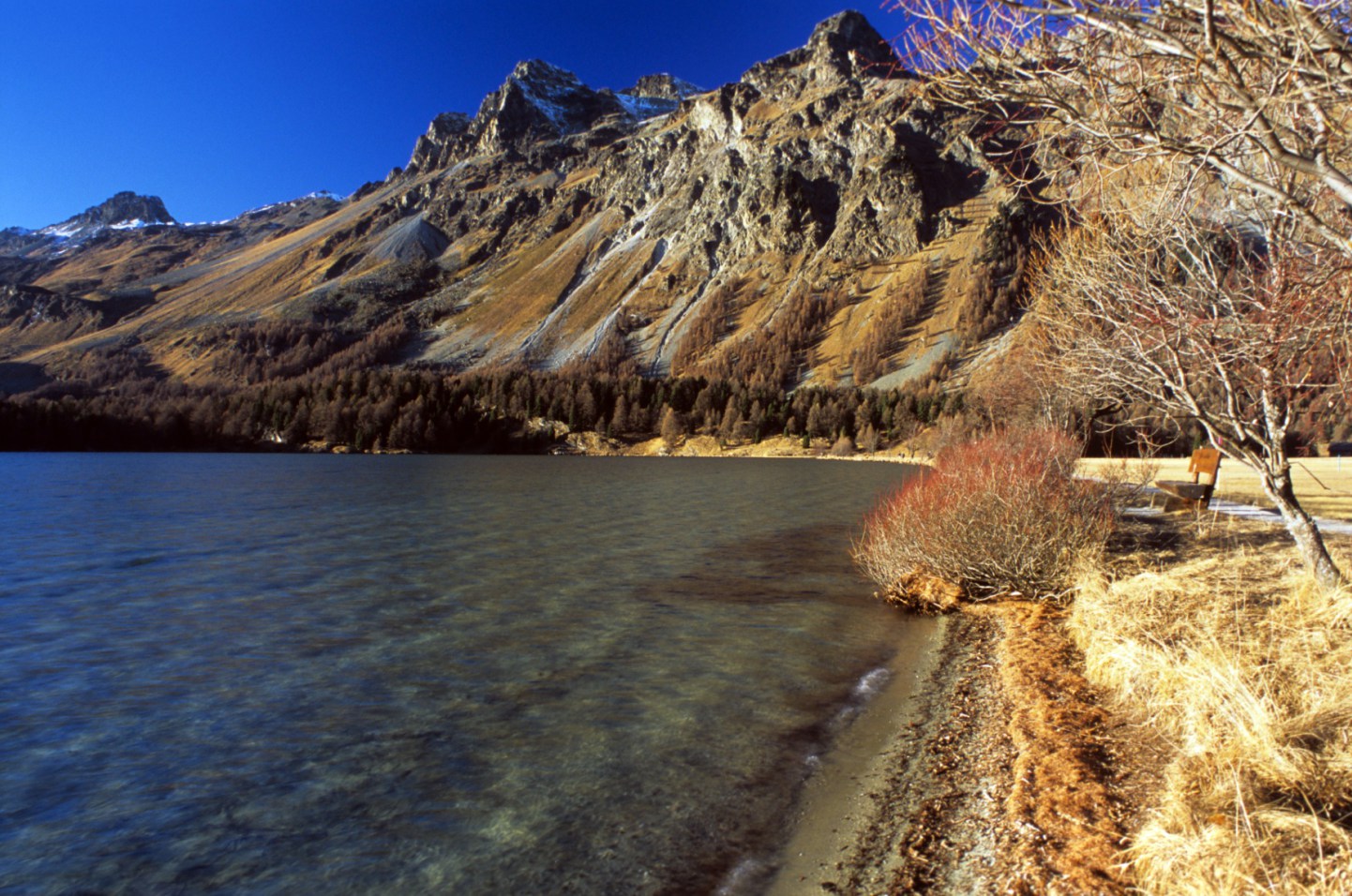 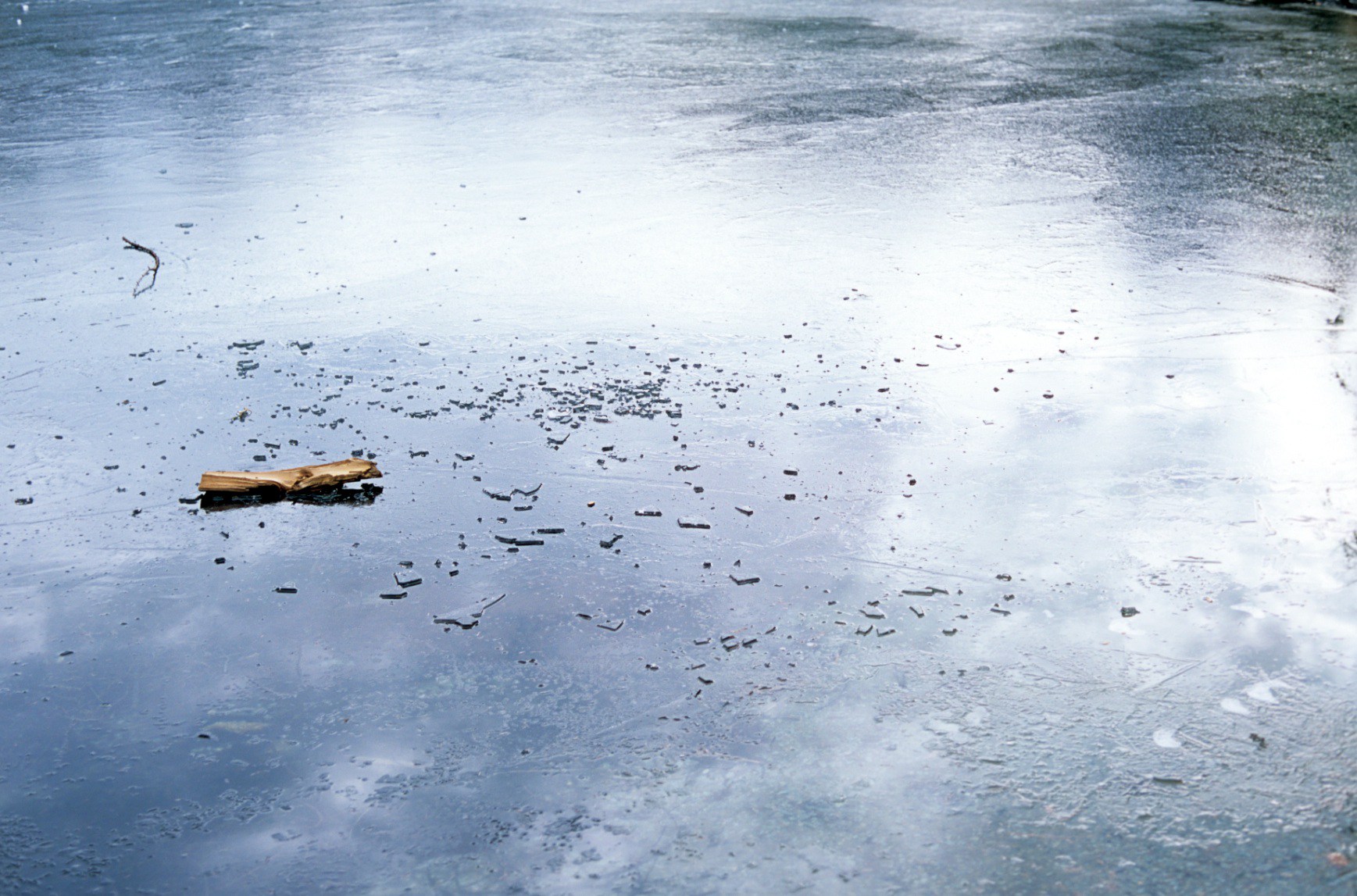 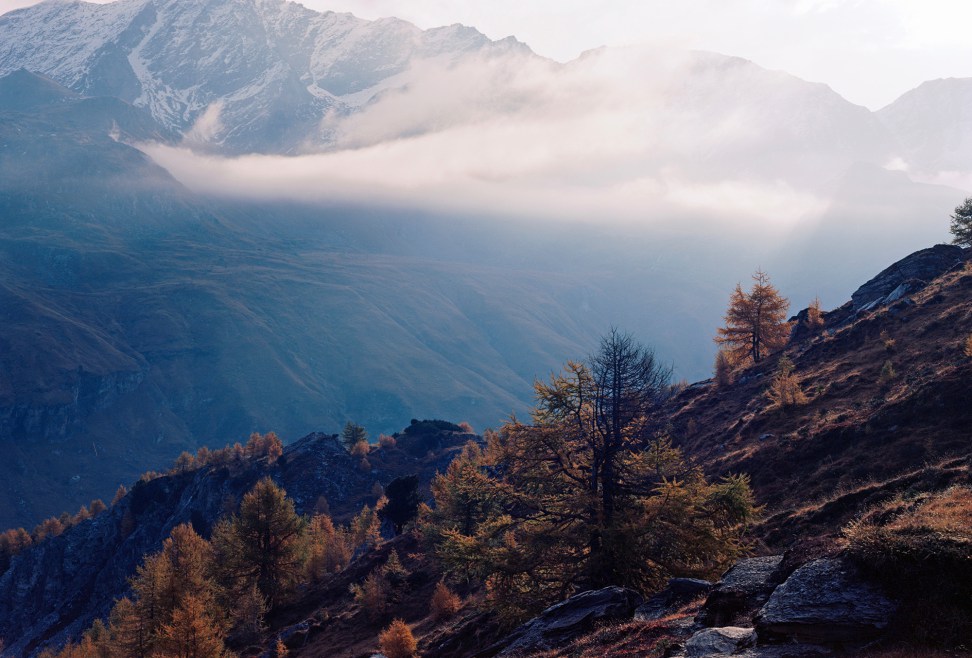 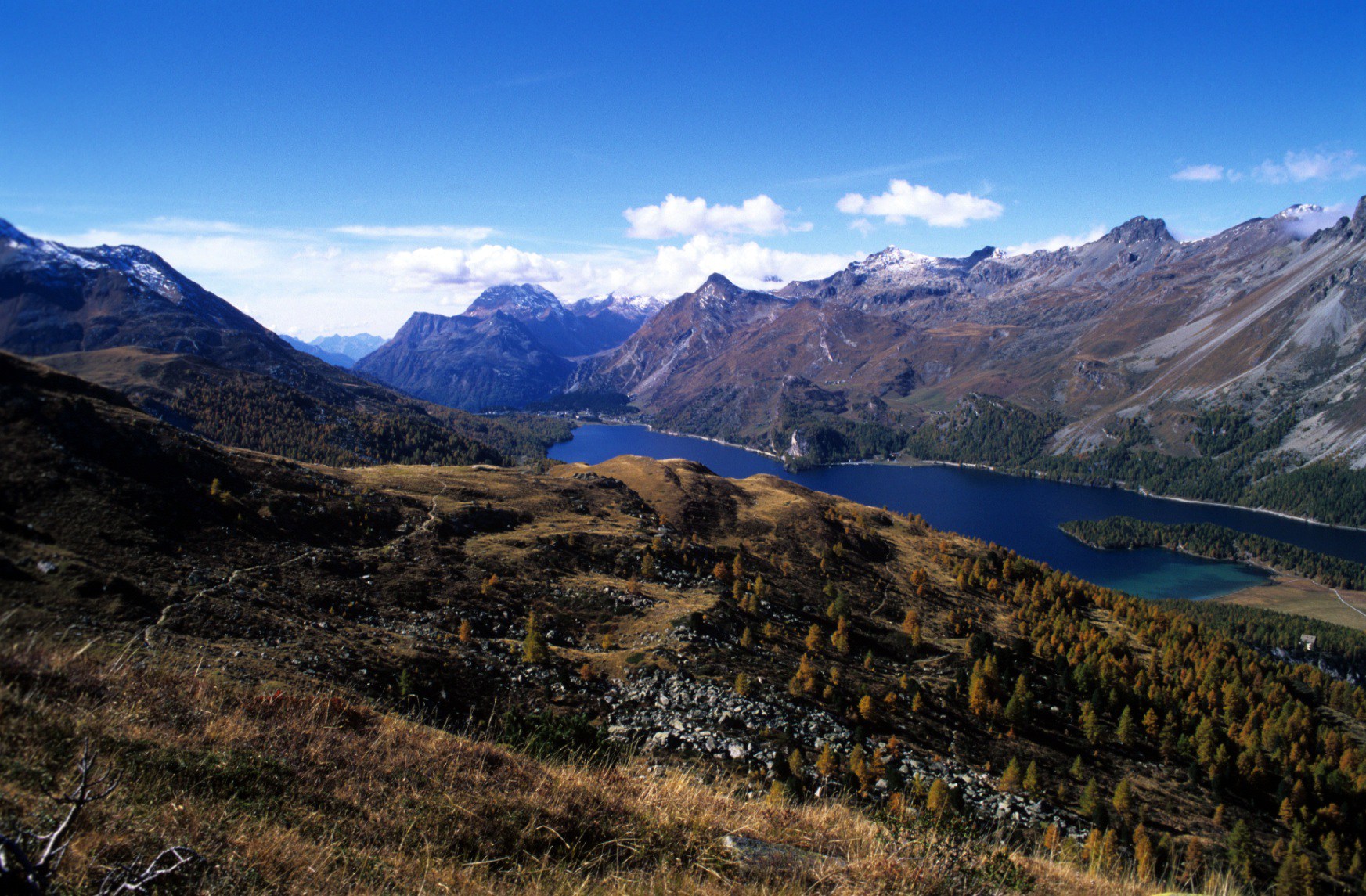 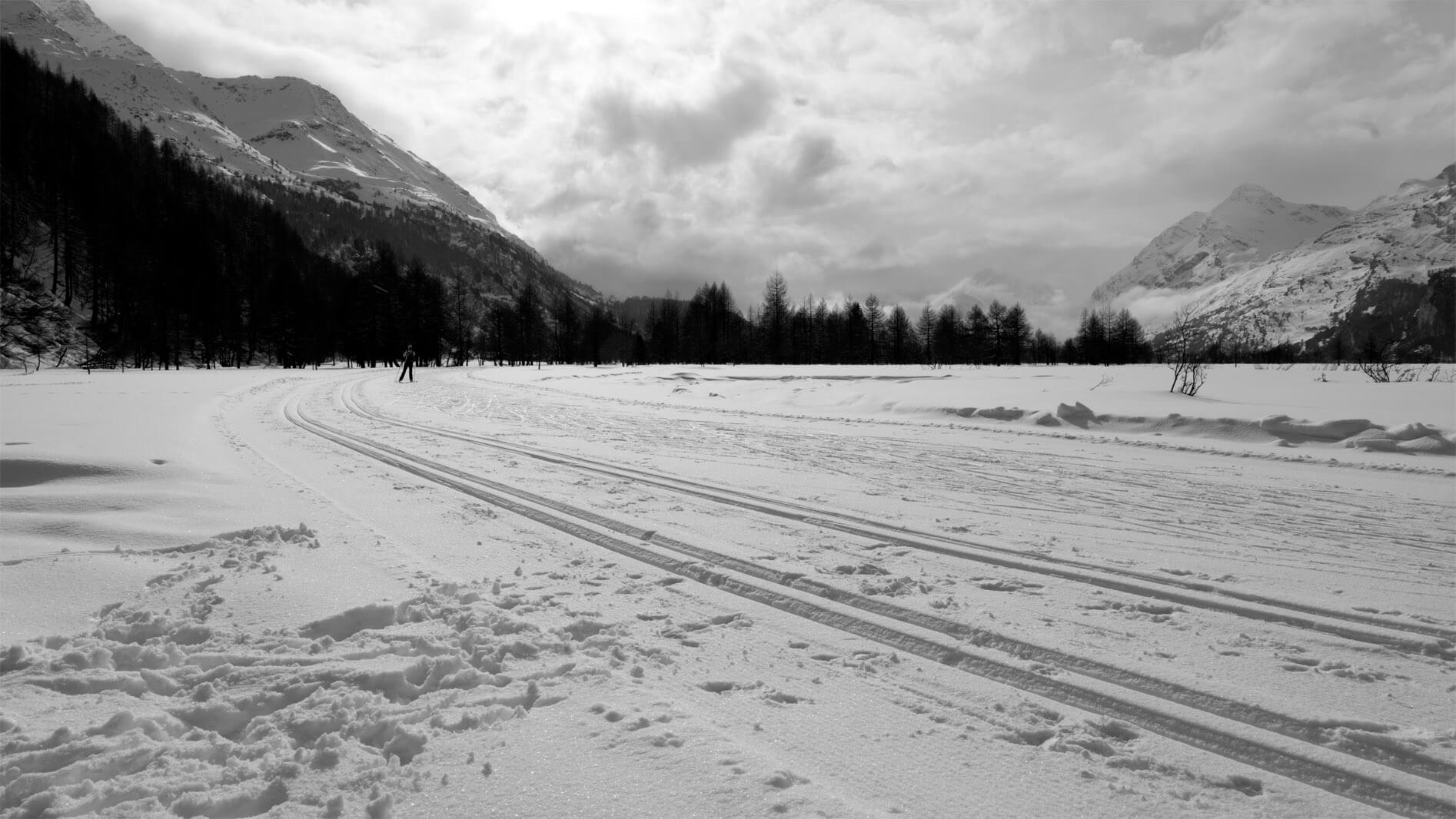 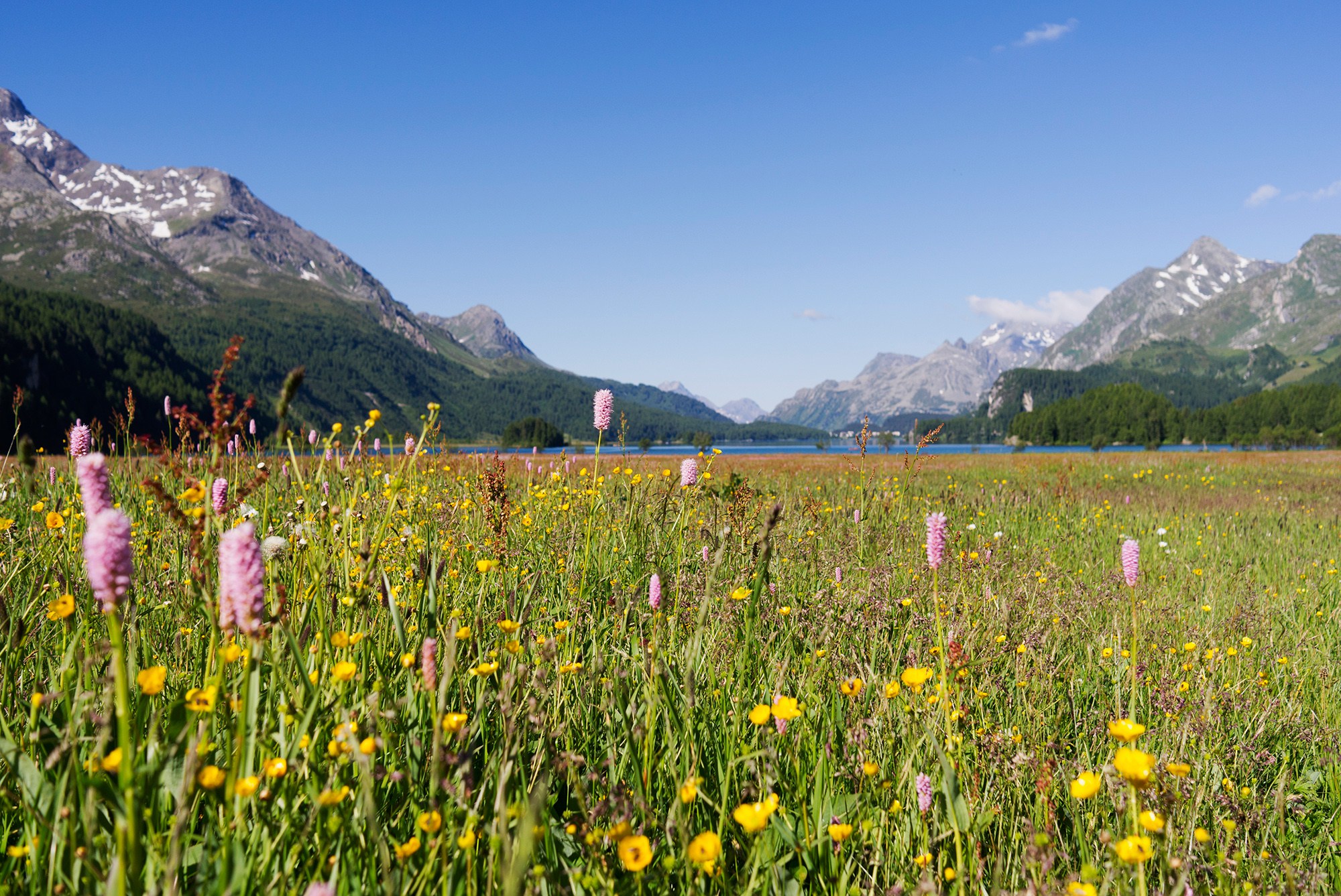 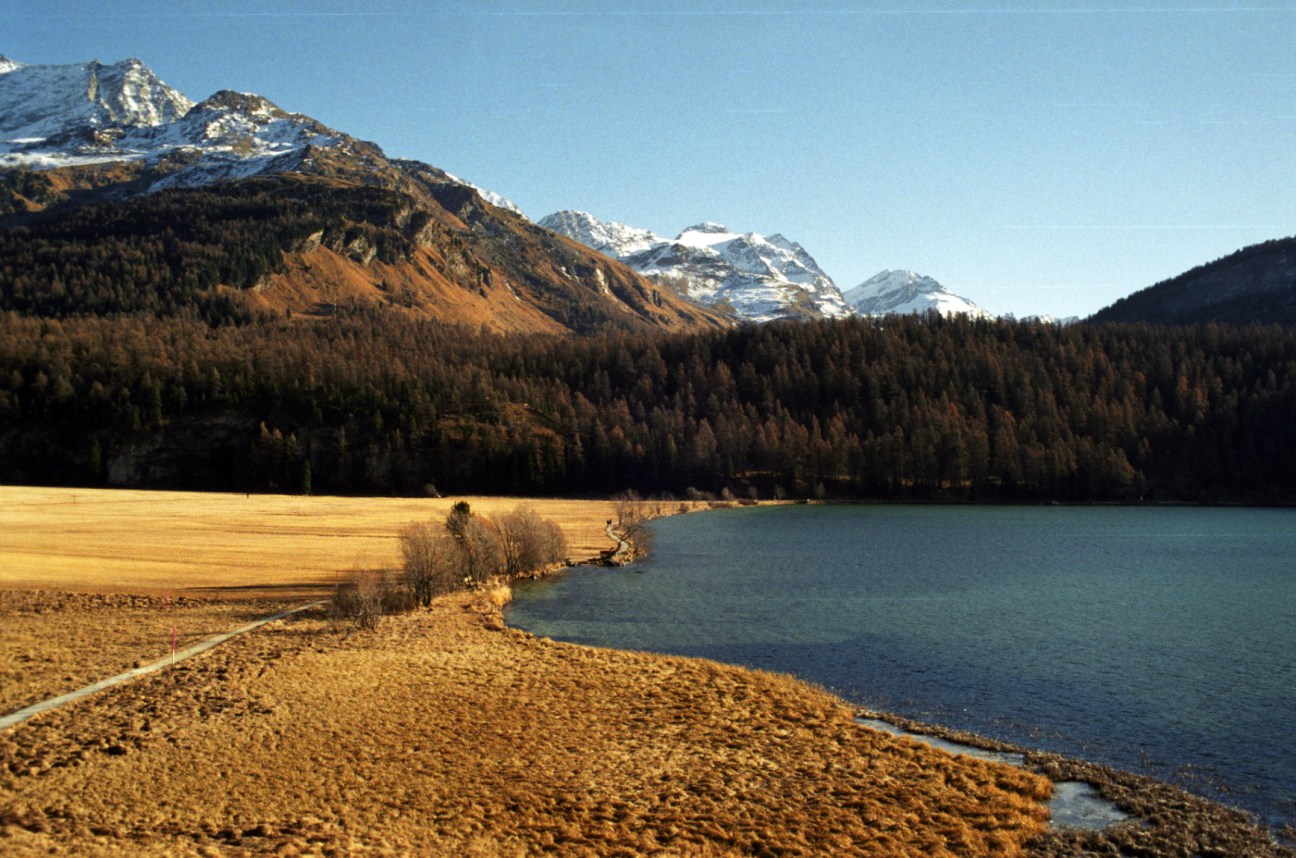 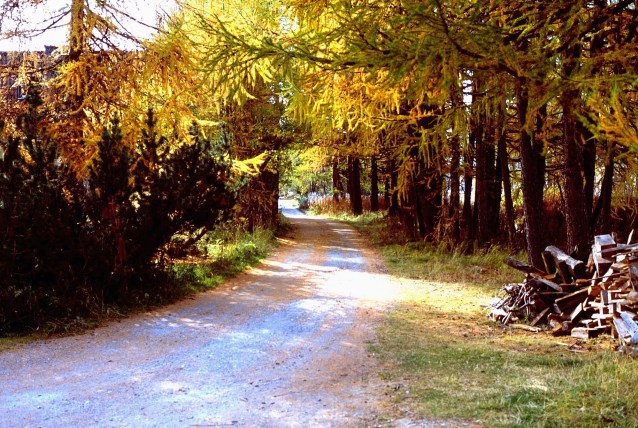 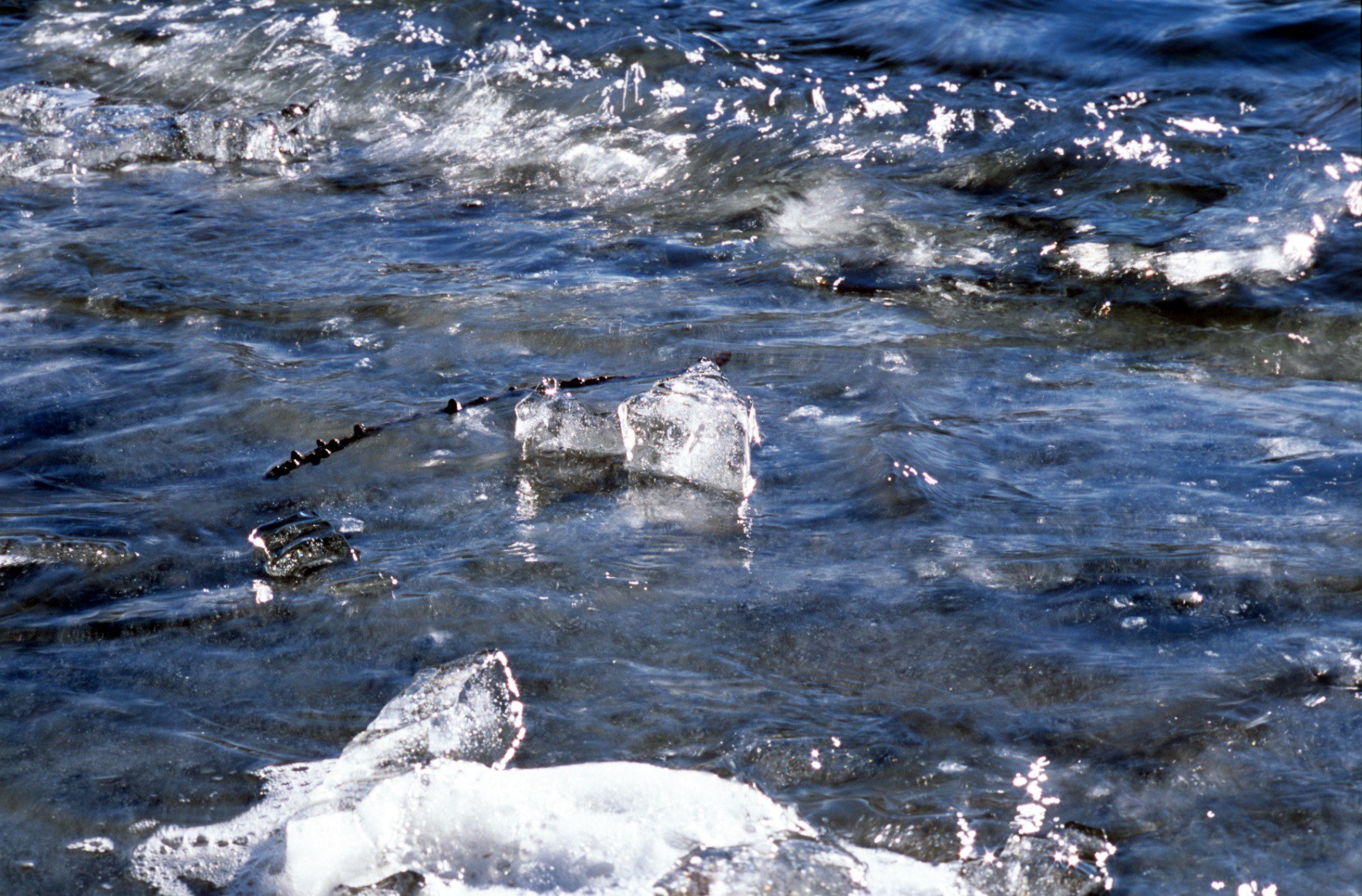 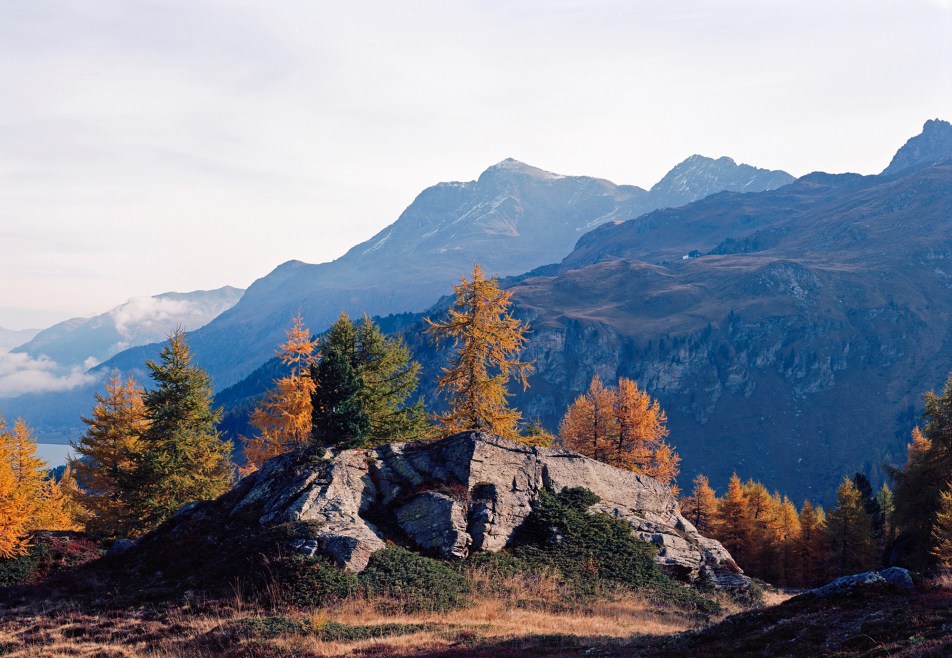 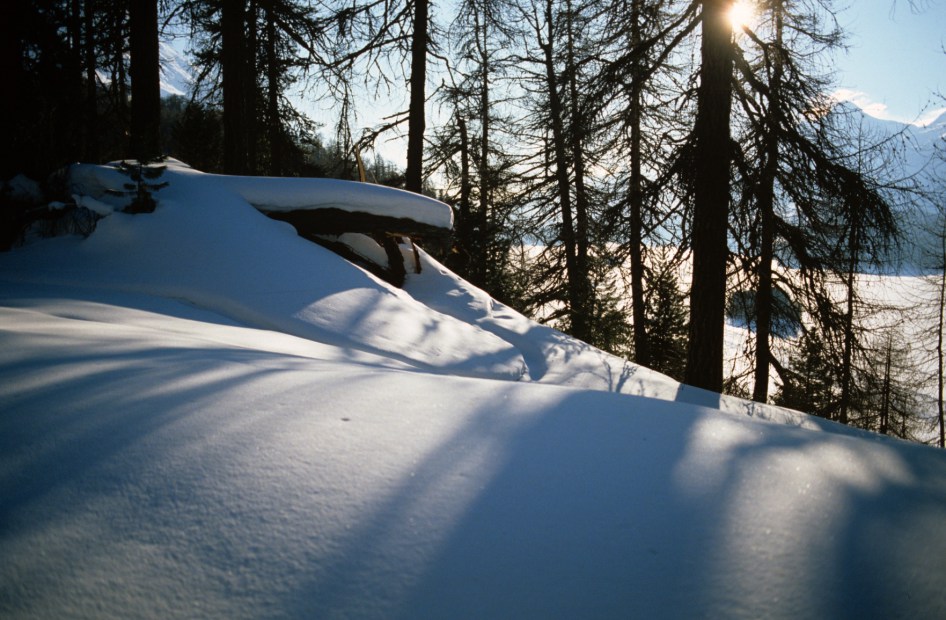 There is hardly a geographic landscape which better reflects the transformation of purposeful journeys for the transport of goods and labor into the private journeys of individuals during the course of road and railway construction than that of the Engadine. The influence of this mountain landscape located at the gateway to the south, on the creative energies of artists and writers who fell captive to the light and the closeness to the sky is the goal of this study. The active theoretical concept of the spatial turn thus emerges as a scientific infrastructure: the human being, with its sensory and motoric abilities, is an active player in space. The analysis of the Gazes – specific views of a landscape based on the principle: “places are chosen to be gazed upon” – leads to completely new approaches to scientific, active- theoretical implementation. This study examines the different Gazes and their suitability in classifying landscape perception and the resulting effects on humans in general, and on artists specifically. This study identified the following aspects as completely new approaches to human perception. They were then compiled in a ‘Complex Gaze’ which comprises the holistic sensory experience of the mountain region around Sils Maria:

Visual Gaze: ‘to see the blue mountains on the distant horizon enchantingly reflected in the crystal clear water of Lake Sils in the twilight’

Kinesthetic Gaze: ‘to sense the nearness of an ocean climate due to the gentle perception of the cold, fresh and clear air of the Engadine mountains in symbiosis with the warmth of the glaring mountain sun’

Aroma Gaze: ‘to succumb to the taste of spicy mountain herbs on the tongue’
Fragrance Gaze: ‘to enjoy the smell of rain on dust in the middle of an abundant and blazing sea of flowers’

Spatial Gaze: ‘to experience the tremors of the inner soul when perceiving the spatial vastness from a mountain peak’ and particularly, the
Acoustic Gaze: ‘like hearing the Glockenspiel tones at the start of the ‘Seegefrörne’’
The sensory-motoric dialogue of individual artists, painters and writers in response to the core questions of this study regarding ‘self-discovery’, ‘inner peace’, ‘liberation of the spirit’, and ‘creative renewal’ are examined, analyzed and interpreted based on works, letters and personal experience. In addition to well-known painters and writers such as Hermann Hesse, Thomas Mann, Ernst Rinderspacher, Rainer Maria Rilke or Giovanni Segantini, no one artistic role model is so impressive as Friedrich Nietzsche and his ‘Zarathustra’. The ‘Gazes of Sils Maria’ are projected and perceived in close reconstruction of the sensory and motoric interactions on the wanderings of the ‘Zarathustra’ and communicated and spatially documented in photographs.

A completely new approach was developed relying on numerous sources from literature, hotel and museum archives, personal interviews and discussions which examines and documents the effects as well as the metamorphosis of the ‘Gazes’ on their path to memory. The present photo- visualization attempts to portray an image of these individual wanderings, and thereby examine the influence of the third dimension and content of the mountain landscape sphere on the centers of human thought and feeling as a source of energy and creativity. The objective is to thus reconstruct the interaction between perception of the drama of nature and human thought. The attempt is made to answer the following questions: what importance do the contents of the mountain landscape sphere – vastness, the soundscape, the sensory system and non-ascertainable influences – have on self-discovery, inner peace, the liberation of the spirit and the renewal of creative energy? The task is thus both a challenge as well as an aspiration to photographically document the multifaceted nature of human perception on the path to liberation of the spirit. The variety and expressive potential of Leica photography is displayed through sharpness of focus and wealth of detail at its best.

Nicolas Draenert was born in Germany, and in addition to his doctoral studies in Geography at the Bern University, with a focus on neurosensorics and the perception psychology of human thought in relation to natural space in mountain landscapes, he completed a specialization as Visual Media Specialist at Berklee College of Music in Boston, Massachusetts, US.

The emphasis is on the development of the audiovisual soundscapes of natural spaces on the basis of analog and digital photo-videography in combination with acoustic and digital sound production. In his free time, he enjoys running marathons, writing creative short stories and poems, and plays the trombone and the piano.

Dr. Marcelin Draenert was born in Ottobrunn near Munich, Germany in 1981. He is the director of a medical engineering company in Brunnen on the VIerwaldstättersee, Switzerland. In addition to studies in medieval and modern history, he is self-educated in analog and digital photography and image processing and works as a freelance photographer.

His specialty is small to large format analog landscape photography with hybrid further processing. He is an enthusiastic kayaker and skier and enjoys extensive hikes with his family.

You can find out more about which cookies we are using or switch them off in settings.

This website uses cookies so that we can provide you with the best user experience possible. Cookie information is stored in your browser and performs functions such as recognising you when you return to our website and helping our team to understand which sections of the website you find most interesting and useful.

Strictly Necessary Cookie should be enabled at all times so that we can save your preferences for cookie settings.

If you disable this cookie, we will not be able to save your preferences. This means that every time you visit this website you will need to enable or disable cookies again.